How to Uninstall Mobicip for Mac Thoroughly?

With the fast development of network technology, our daily life and work are increasingly more inseparable from the network. However, everything has advantages and disadvantages. The network is also no exception. It brings a lot of convenience to us at the same time, but also to the parents it has brought great trouble. As we experienced, the Internet is very attractive to children. It is easy to lead to Internet addiction if the management is not appropriate. So, how to manage the Internet usage time and supervise your children online has been imminent. Especially for parents who have no time will feel at a total bewilder of themselves. So, how to supervise, manage and protect your children online? The parental control app named Mobicip is a superb choice. 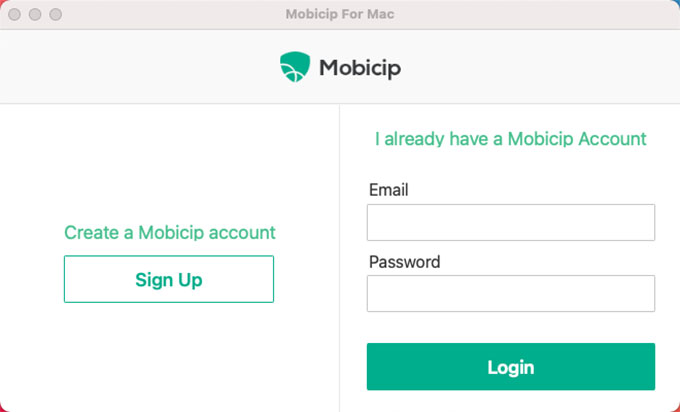 Mobicip is a free parental control app that each parent can have today to balance screen time, block inappropriate content, keep children safe and more. If you’ve ever been surprised to see how much time you children spend on your Mac or phone each day, then the target Mobicip app can help you well set, manage, and limit time to stop them from being addicted to the Internet overly. With Mobicip, each parent will get an easy method to keep their children safer from security threats and make sure the usage of the Internet is healthy and reasonable.

Reasons for why you should use Mobicip as a parent

Control of usage time: whether you are on a Mac, iPhone, or tablet, fully controlling the screen usage time will be helpful to stop your children from being addicted to the network. You can utilize the optimal Mobicip parental control app to set time limits for games and apps, and even detail what time is used for which apps. Besides that, you can also use Mobicip to block some apps that you wouldn’t like your children to run.

Clearly know which content your children are looking for or paying attention to: after all, all kinds of information coexist on the Internet at present. You hope to have an understanding of the children’s online searching content. If there is any serious problem, you can communicate and deal with it in time.

Block malicious content and filtering ads: if you are serious about building a healthy Internet environment for your children, they should be far away from those filtering ads, cyber threats, cyberbullying, malicious contacts and more inappropriate content. And the all-in-one parental control app of Mobicip caters all that needs. Mobicip will not merely keep your children online healthy, but also monitor time spent on popular social media.

How to Uninstall Mobicip on a Mac Completely?

It is time to figure out what the mentioned two methods are. The first method will let you know how to uninstall Mobicip through the manual way; and the second method will utilize a professional uninstaller tool called Osx Uninstaller to remove all things associated with the Mobicip app, including cleaning out leftovers with a few clicks.

Step 1: To start uninstalling the Mobicip app for your Mac, we should make sure it is quit on your Mac.  To quit an app on a Mac is a very easy thing, you can right-click on the Mobicip icon on the Dock and then select the Quit option from the pop-up menu. 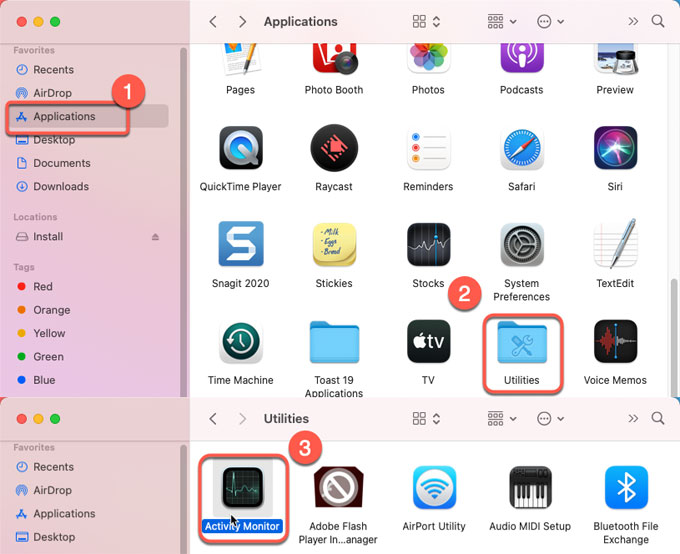 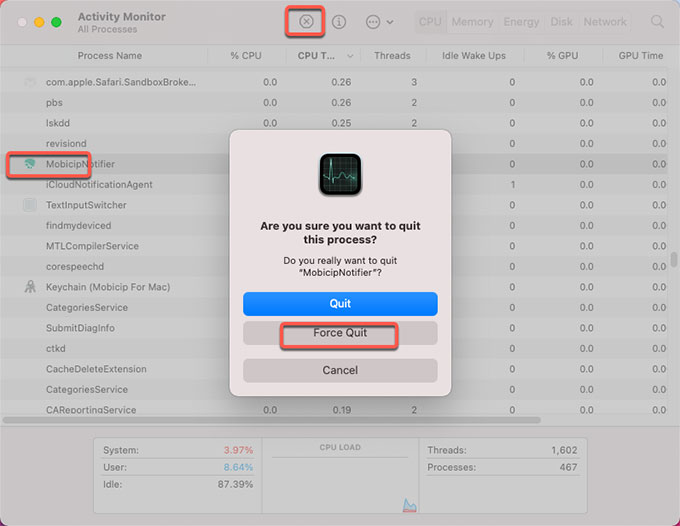 Step 3: Click Finder > click Applications > right-click the Mobicip parental control app icon > click Move to Trash option from the pop-up menu. This only temporarily deletes the app to the Trash folder. You still need to continue the next step to delete Mobicip left files. 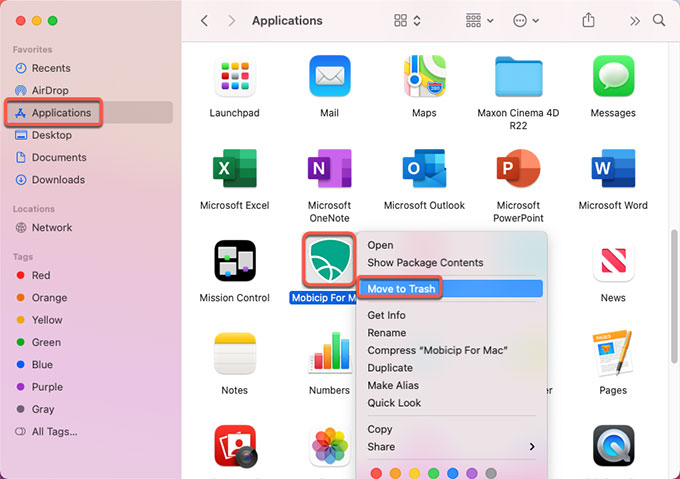 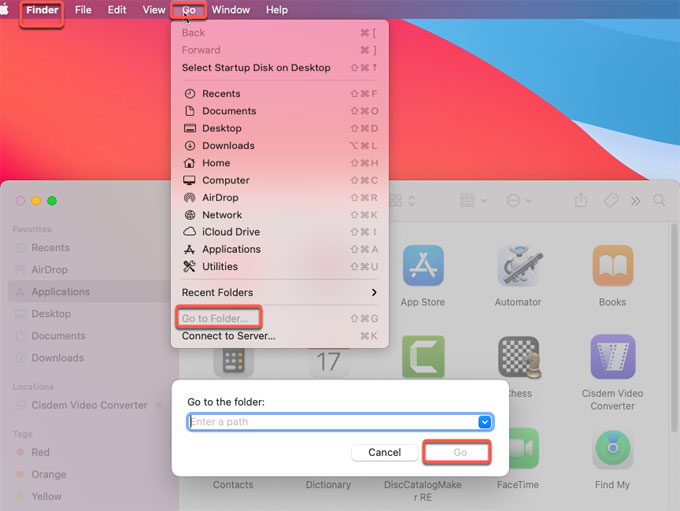 Step 5: Navigate to these sub-folders as followed one by one, look for all files related with the Mobicip app and then delete them. 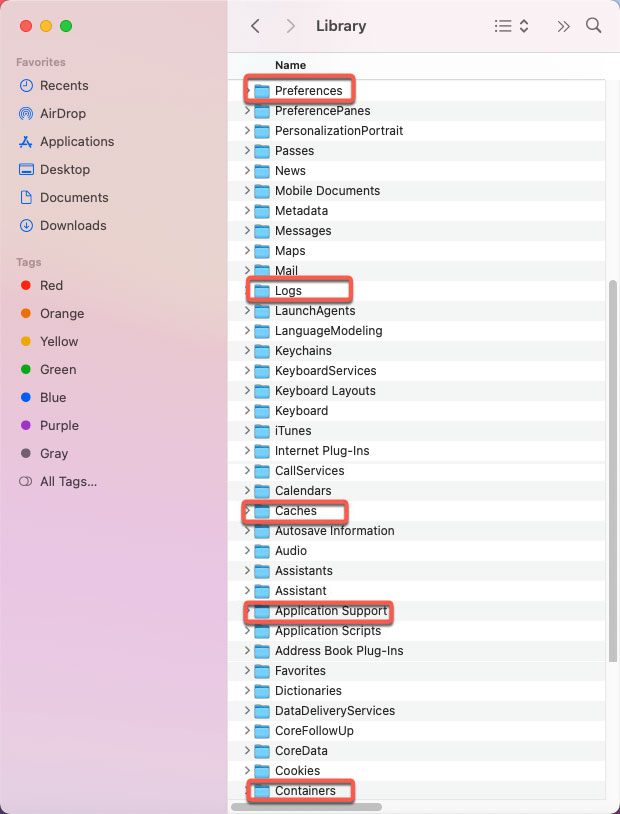 Step 6: Open Trash folder and Empty all things related with the Mobicip app. It is crucial if you want to make sure all things relevant with Mobicip are deleted. Finally, Restart your Mac. 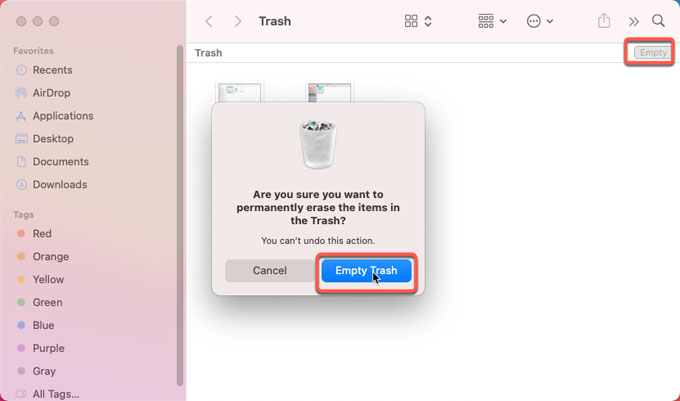 Step 1: Launch Osx Uninstaller app > select on the target Mobicip app on the Step 1 page > click Run Analysis. If you prefer using Search to locate at the Mobicip app in seconds, then don’t miss out on searching the app’s name to obtain it directly. 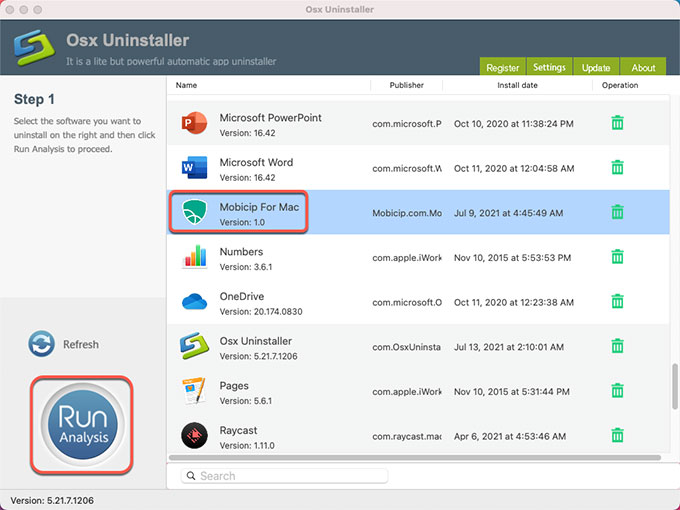 Step 2: Click Complete Uninstall > click Yes to make sure that you are going to uninstall Mobicip app for your Mac directly. 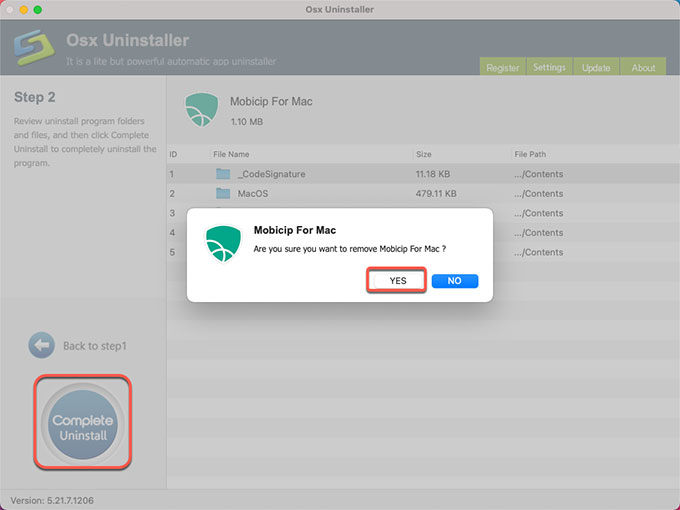 Step 3:When the Mobicip removal is accomplished you’ll get a prompt says Mobicip has been successfully removed. And then click Back to Interface to have a check. Finally, Restart your Mac. 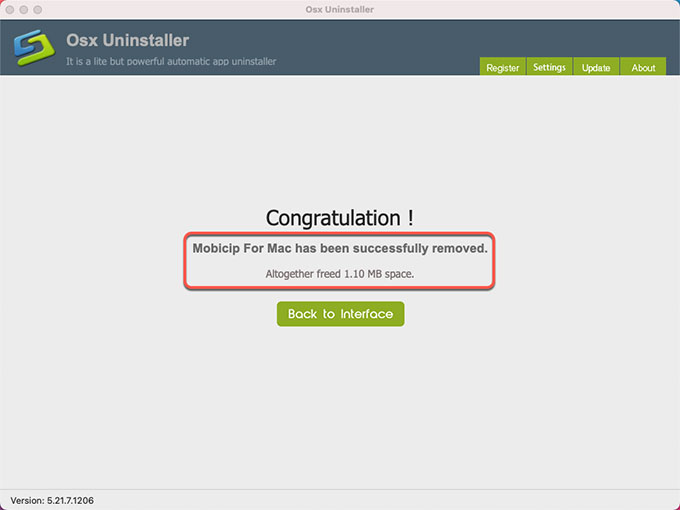 Refer to ‘how to uninstall Mobicip’ video guide:

Till now, you may have known which method is right for you to uninstall Mobicip app for your Mac. After removing the Mobicip app to the Trash, you still need to find out leftovers and delete them without your own hands. And this is a crucial step if you want to deeply clear all the vestiges of Mobicip on your Mac. If you are not confident in removing Mobicip associated files in the manual way, then the professional Osx Uninstaller is a choice. The provided uninstaller app is able to uninstall Mobicip and all its leftover files, folders, and other relevant components through a few clicks. It will be very easy for any Mac users. So, if you want to try Osx Uninstaller, click the following button to obtain it immediately.