I see many people have problems to fully uninstall HMA Pro VPN (HideMyAss) from macOS and Mac OS X with many different reasons, so today, we are going to list the most helpful ways to get rid of this software on Mac, if you have this similar issue, keep reading it now.

A VPN is a virtual private network that allows you to browse the internet anonymously and securely from anywhere in the world by creating an encrypted connection between your computer and the internet, so does HMA VPN software. HideMyAss Pro VPN from AVG promises one-click access to Internet privacy, with VPN exit servers in more than 190 countries. Use it on all your Windows, Mac, iOS and Android devices for complete internet freedom. 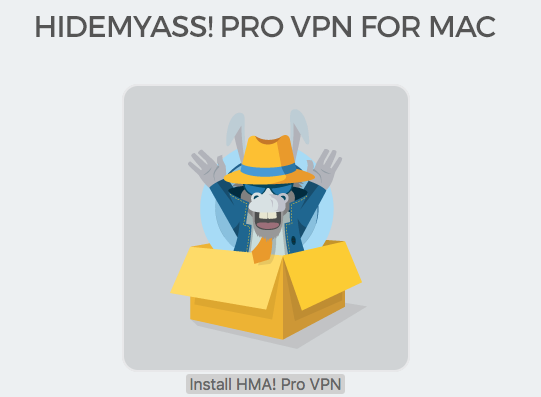 VPN, as the private tool for users to surf in the internet, it is important to use it right and safe, but not as expiated, many users find it difficult to uninstall it. Except for the useless, most people want to eliminate HMA VPN all because of not as smooth as using this tool. Let’s take a look on what happen:

“I too have the same problem. When using HMA my computer won’t load pages and I have to turn it off to use the web. I have reinstalled 4 times. Done the bug cleanup 3 times. I also have a MAC.”

Even though when you have decided to uninstall HMA VPN from Mac, it still causes so many problems:

Don’t worry, this page will help you out of all trouble as we can. Follow the specific guides to fast uninstall HMA Pro VPN.

Also like always, we’ve been always provided you two different options to remove application on macOS, in this tutorial, you can also use those methods to uninstall HMA Pro VPN.

Try quit the target app (HMA Pro VPN) is no longer running in your Mac by using the approaches a, b, c, d.

a. Right click the HMA Pro VPN icon on Dock, and then choose Quit; 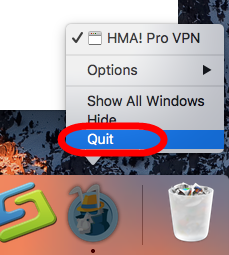 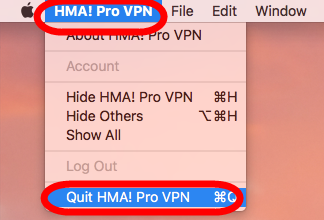 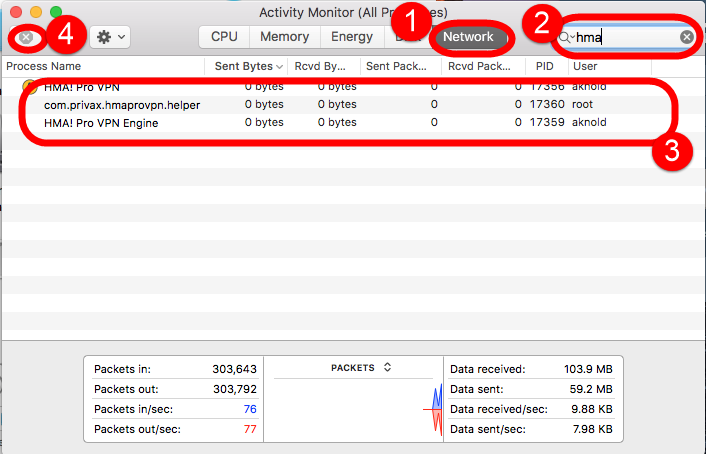 d. If a, b, c didn’t work, then try force quit window by pressing shortcuts of Command+ Option+ Esc. Select the HMA Pro VPN icon in the window and hit Force Quit. 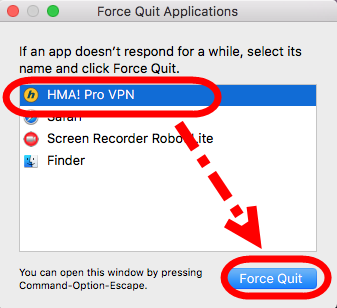 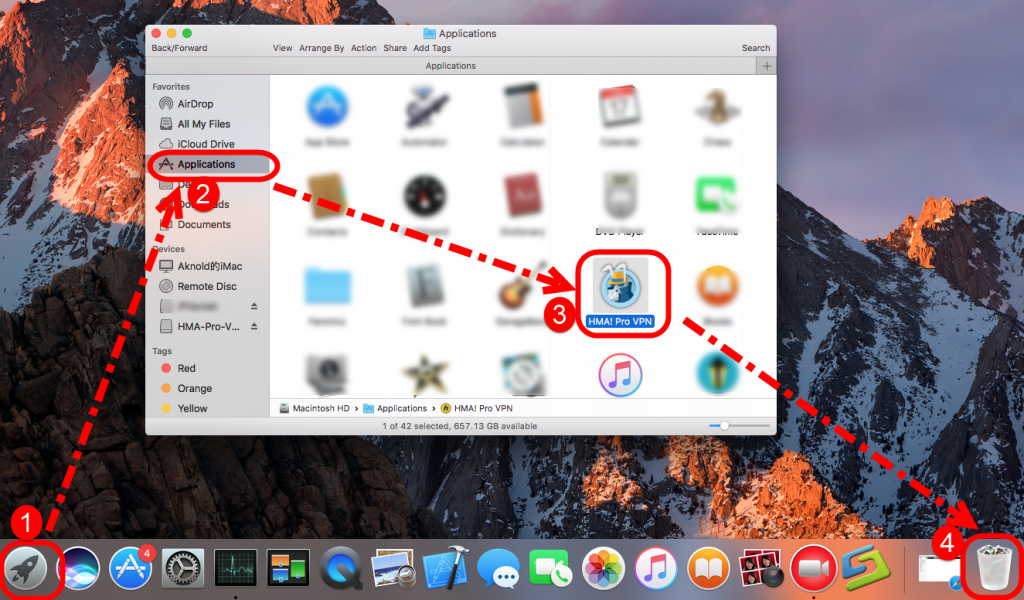 Delete all the Library files

Follow the bellow steps to clean up all the leftovers of HMA Pro VPN in Mac hard drive: 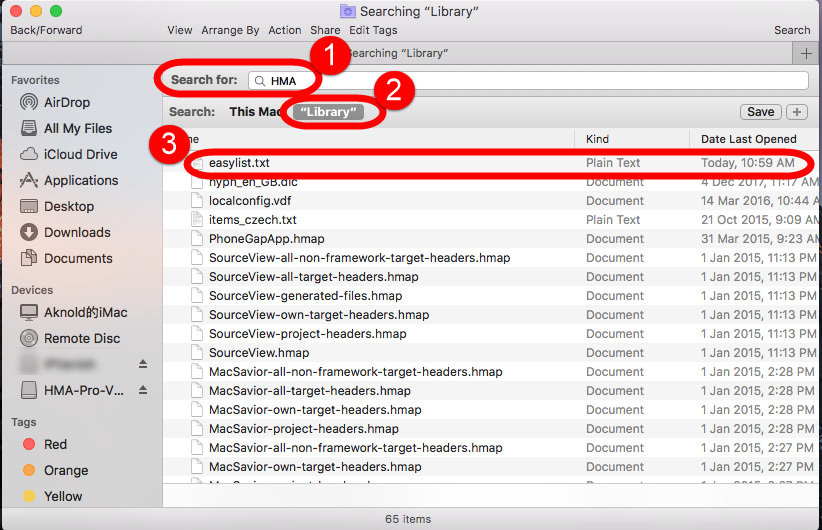 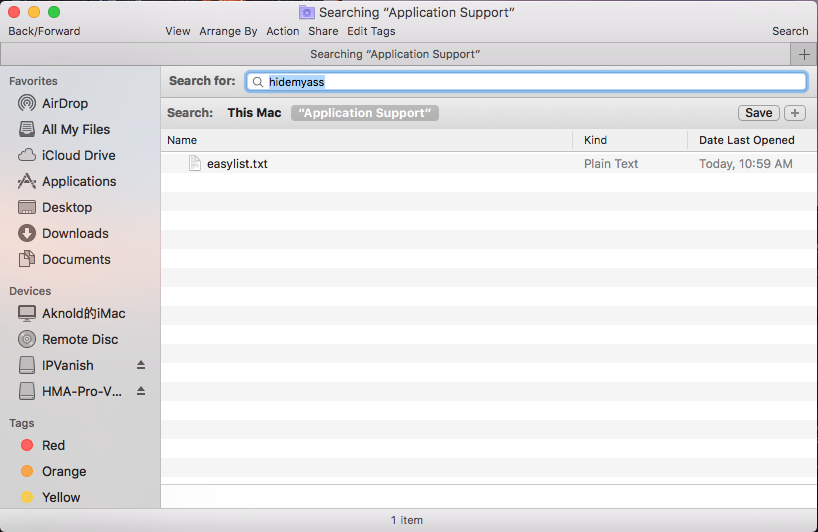 For now, you have remove HMA Pro VPN on macOS by manual, but if you are looking for the one more helpful and easier, this page might help you, too.

If don’t have any uninstaller on you macOS but you want to fast uninstall HMA Pro VPN from macOS, then you should download one for here.

Watch &follow the detailed instruction to remove HMA Pro VPN step by step from the video:

The instruction of how to use this uninstaller is here:

Step 1: Run it, select HMA Pro VPN in the list of installed applications, then click the “Run Analysis” button. 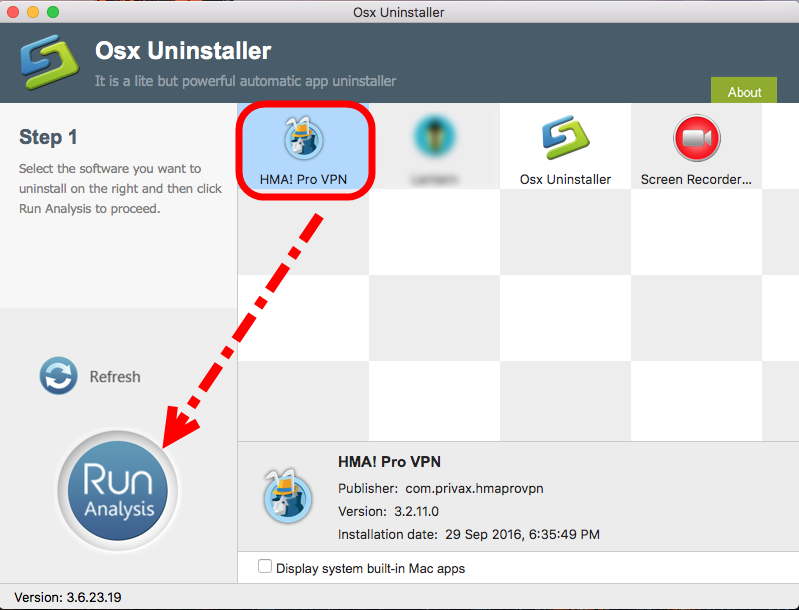 Step 2: The tool is just analysis fast the target app HMA Pro VPN as you think, a few seconds later, click the button Complete Uninstall when all the related folders and flies appeared in the list;

Step 3: Last but not least, the tool will easily delete all the related folders and flies scanned in Step 2, now congratulation to you, HMA Pro VPN is gone from the list. Back to Step 1 to check whether it was gone or not by clicking Refresh button.

With quite easy steps in a short time, now you have uninstalled HMA Pro VPN successfully from macOS, give a shot on this magical tool now.